Marine Expeditionary Force Tests Microgrids on Land, In the Air

Individuals and businesses have taken to mobile communications like gangbusters, a trend that continues amidst ongoing technological advances and commercial innovation. For the U.S. Armed Forces, mobility – in terms of people and other physical ¨assets¨ – is essential, and that’s spurring adoption and use of cutting-edge distributed energy technology, including nano- and microgrids incorporating locally available, emissions-free renewable energy resources.

The U.S. Marine Corps field-tested the ability of microgrids to enhance provision of electrical power at large during the 2016 I Marine Expeditionary Forces Large Scale Exercise (I MEF LSE-16), a DVIDS news report highlights.

The Marines deployed microgrids designed to enhance the effectiveness and enhance command, control and interoperability of personnel and the wide variety of other resources within the context of MEF LSE’s organizational hierarchy and field exercises, Marine Corps Pvt. Robert Bliss reports. The included, among others, reliability and quality of power dispatch, frequency and voltage regulation, and overall cost effectiveness.

¨LSE simulates the planning, deployment and combat operations of a MEF-level force of more than 50,000 military members within a partner country while operating alongside coalition forces,¨ Bliss explains. 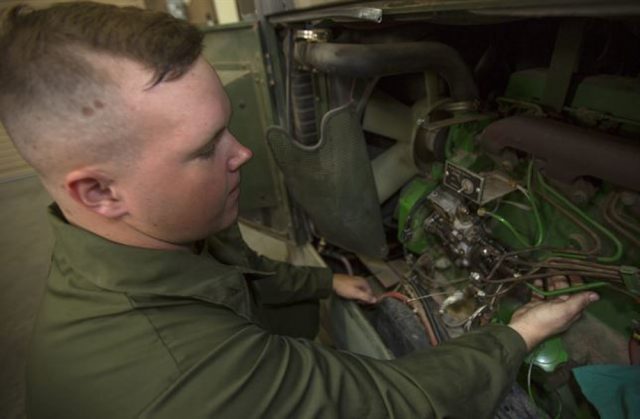 “Whether you have environmental control units that are turning on or servers that are coming online, as the generator increases its load, the microgrid allows a secondary generator to automatically start up and split the load between the two so that way one generator can’t be overloaded and you end up losing power all together.”

Microgrids also were used to support a Marine Air-Ground Task Force, a unit designed to carry out missions worldwide. Such units are made up of a ground combat force, an air combat force, a support element and a command and control element, Bliss explains.

Needless to say loss of electrical power and communications can compromise personnel and an entire operation. “Prior to the microgrid we simply ran multiple generators independently,” Kahl said in a DVIDS interview.

“You would need Marines to closely monitor the power output of each generator and manually adjust for power outages. With the microgrid, it allows for automatic load sharing between generators so gone are the days where we would have to send Marines out to monitor the loads.”

At the end of the day, Marine Corps staff determined that use of the microgrids enhanced fuel and overall efficiency, saved hundreds of man-hours, thereby yielding cost savings, and proved more effective operationally.

“Now, instead of every unit going to the field and bringing their own generator, units are able to split the load between shared generators. This increases the reliability and stability of power support to critical infrastructures.”

MEF LES-16 staff are in the midst of completing their assessment of the microgrids field trial. “We’re still producing the initial estimates for how much fuel and money we saved by switching over to the use of microgrids, but we’re very much looking forward to the results. I think this new system is a big step forward,” Kennedy was quoted as saying.