These Electric Motorcycles Come Inside Their Own Nanogrid

Current Motor’s new Mini-fleet-in-a-Box consists of four of their Nb electric cargo motorcycles inside a solar charging station that resembles a shipping container.  The container opens 2.4 kW of solar panels to the sky.

Current Motor’s Telematics platform is included in the Mini-fleetin-a-Box, providing GPS for asset tracking, and the dashboard and reports can be customized to track carbon savings, emissions reductions and fleet performance data.

Current Motor believes the lifetime supply of fuel from the sun along with a place to store everything will be appealing to remote mining, agriculture, medical, research, and military operations.  The containers and motorcycles are assembled in Ann Arbor Michigan and can be transported via rail, truck, or ship and set up by one person in less than 20 minutes.

The motorcycles themselves are capable of carrying up to 400 pounds with a top speed of 70 miles per hour with 50 miles per charge. 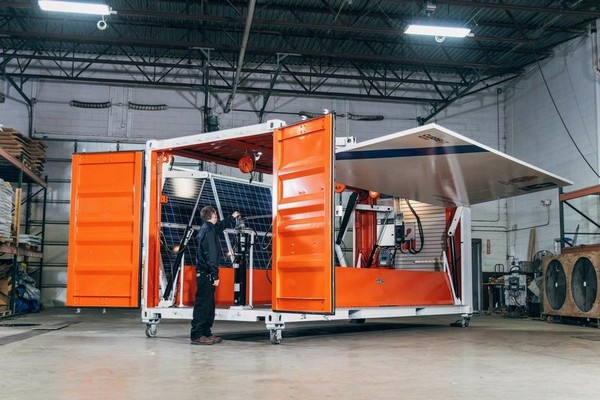 Current Motors is still in the early stages, and the solar footprint of their container is relatively small.  However, their model could provide a viable solution to inadequate charging infrastructure and remote transportation. It’s likely only a matter of time before smart cars will be available in similar packages.

What is a Milligrid? How do they differ from Microgrids?

Microgrids without Subsidy? Check Out the C&I Market