Characterized by diverse geographic regions and climate zones, cities, towns and villages in Chile often are separated by difficult terrain and long distances, Sitting atop one of two colliding tectonic plates – the oceanic Nazca and continental South American – the Andean nation, as has come to be known worldwide, is also prone to cataclysmic earthquakes.

Given all this, Chileans are increasingly recognizing, aand taking advantage of, the prospective benefits held out by renewable microgrids, including those in which solar-plus-storage are core elements. Italy’s Enel Green Power numbers among the players participating in Chile’s emerging “green energy” revolution. 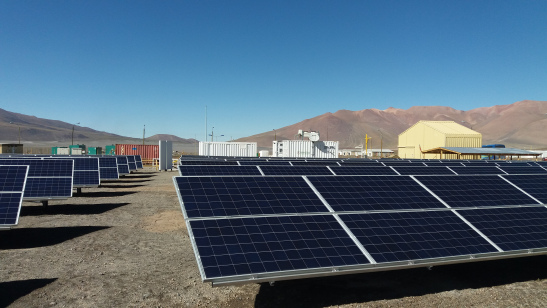 More than 600 technicians work at Enel Green Power’s Cerro Pabellón geothermal plant in the are of Ollagüe in northern Chile’s Antofagasta region. The province of Antofagasta borders the 1,000 kilometer (625 mi) long Atacama Plateau, the driest non-polar desert in the world, the Sahara being no exception.

The Antofagasta region is also home to the vast bulk of Chile’s copper, which has long been the Andean nation’s primary export and source of foreign currency earnings. Sparsely populated, copper and other mining activities dominate the regional, as well as national, economy. Some mining companies active in the region have taken to tapping the region’s abundant solar energy resources to power their mining operations.

Enel Green Power’s Cerro Pabellón geothermal plant at a stretch could be considered mining – mining for clean energy. Tapping Antofagasta’s solar energy resources, and enhancing them with the addition of hydrogen and LiB energy storage capacity, adds to the company’s innovation and “green” energy credentials, as well as marking a world first.

A Milestone in “Green” Microgrid Innovation 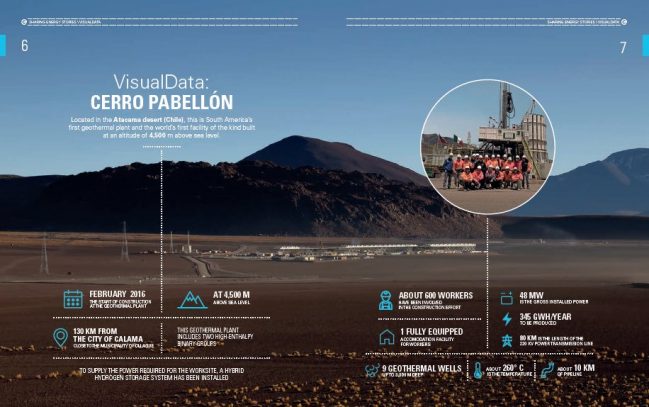 Enel Green Power Chile is the largest player in the Andean nation’s fast growing distributed renewable energy market and industry with a combined installed capacity of more than 1.1 gigawatts (GW). Of that, 564-MW is wind power generation capacity, 492-MW is solar and 92-MW is hydroelectric power, management highlights.

Antonio Cammisecra, who leads Enel’s Global Renewable Energies Division, highliighted the broad-based benefits and significance of the solar-plus-storage microgrid: “This groundbreaking project shows that it is possible to build fully renewables-powered micro-grids capable of delivering efficient, zero-emission energy without interruptions.

“With this project, we have achieved a new milestone in our R&D work with the aim of creating systems that facilitate energy access to isolated areas, in line with our commitment to the UN Sustainable Development Goal number 7, ensuring universal access to affordable and clean energy.”

France’s Electro Power Systems (EPS) was a key partner in the project. As reported by Microgrid Media, EPS has completed renewable energy microgrids in the Maldives and on Sardinia.

“As a result, the micro-grid is capable of supplying green energy 24 hours a day with no need for support of any diesel generator as part of its normal operation, unlike most plants of this type.”