Microgrids without Subsidy? Check Out the C&I Market

Microgrids often need some form of policy support. This is especially so for microgrids that are deployed for a public purpose, such as community resilience. Because utility distribution microgrids face a higher regulatory standard, they also often incur a premium cost and therefore seek public subsidies.

Are there microgrids that can stand on their own with a valid value proposition today? The best place to look is the commercial and industrial (C&I) microgrid market.

C&I microgrids face a different dilemma than microgrids designed to serve a public purpose or serve the needs of a distribution utility. They serve profit-seeking enterprises that are focused on the lowest possible cost power services while delivering the highest quality of service. This might appear to be a catch-22, since many assume microgrids require public support in order to make economic sense. Nevertheless, microgrids are moving forward in the C&I space, maneuvering through regulatory challenges while also navigating a changing landscape of policies that both retard and expand opportunities for creative microgrid solutions.

While declining solar and battery costs are the primary drivers for the entire microgrid market, some unique drivers are stimulating interest in C&I microgrids—particularly in the United States. Regulators are clamping down reliance on backup diesel generators to provide emergency power services when the utility grid suffers a blackout. In 2016, the US Environmental Protection Agency (EPA) issued more restrictive rules for emergency generators that can be used for demand response (DR) purposes. In 2015, the US Court of Appeals overturned an EPA rule that allowed 100 hours of backup diesel generator use for emergency DR programs. It granted the EPA a 1-year stay, which expired on May 1, 2016.

The EPA has since announced it has no plans to make changes to the rule, meaning that the court’s ruling remained intact, affecting upward of 20% of DR resources in some markets. To use a diesel generator—for more than the 200 hours/year of emergency operation—the generator needs to meet Tier 4 emission requirements, which are stringent.

Incentives for Investigation and Innovation

While this EPA ruling will have major effects in robust DR markets, such as PJM Interconnection, it creates incentives for C&I customer loads to investigate microgrids as a way to displace reliance on backup diesel generators. One company that has jumped on this opportunity is Enchanted Rock, the first company to offer utility-grade backup power service through microgrids in Texas. It currently operates a fleet of microgrids totaling over 230 MW. Since 2006, the focus of the company has shifted from backup diesel generators to backup natural gas generators optimized via a proprietary controls scheme embedded in switchgear that enables low cost but high value microgrids.

Unlike other microgrid vendors, which view market participation revenue as a side benefit to a microgrid, this revenue is a core part of Enchanted Rock’s value proposition. Due to standardized designs and ultra-clean natural gas generators embedded with smart controls, the company realized that the lower the capital expenditure cost of microgrids, the more significant market participation revenue becomes in the overall financial equation. The structure of the offering shifts the performance risk to the operator and owner of the microgrid assets—allowing customers to focus their time and capital on their core business. As a result, Enchanted Rock claims its microgrid solution costs only 10%-15% of the price tag of microgrids constructed by their competitors. Because the company works on a 15- to 20-year ground lease agreement, customers avoid large capital costs but gain reliability. In turn, the owner receives ongoing grid service revenue that enables monetization of the microgrid’s optionality.

This kind of innovation propels the C&I market segment into the fastest growing microgrid market over the next 10 years. By 2026, Navigant Research expects the C&I microgrid market to become a $18 billion business globally. And that revenue figure is expected to represent more than 35% of the total microgrid market.

Another company focused on the C&I microgrid market with a different approach is OATI, a software controls company based in Minneapolis, Minnesota. The company offers its services on a software as a service platform.

Over the past decade, the company has moved from a focus on transmission-level wholesale markets down to the distribution system, most recently including products and services designed for microgrids. The first microgrid to deploy GridMind controls was OATI’s own data center in Bloomington, Minnesota. This data center incorporates a combined heat and power (CHP) application for a 600 kW natural gas generator, 150 kW of rooftop solar PV, a 24 kW vertical axis wind turbine, a 125 kW Ensync battery, and 1.5 MW of diesel generation.

Based on what it learned deploying its own microgrid, OATI has created a subsidiary—USA Microgrids—that serves as a development arm. USA Microgrids offers a design-build-own-operate-maintain business model. It sees opportunity in the form of smaller commercial ventures such as strip malls as well as industrial customers such as large manufacturing facilities. The company’s software is capable of not only seamless islanding for resilience, but also economic trading. As a result, its software can also serve as the basis for virtual power plants.

The list of innovators focused on the C&I space is long and growing. The purchase of PowerSecure by Southern Company in 2016 is yet another sign of the attraction the C&I microgrid space has. With the largest portfolio of online microgrids in the world, PowerSecure is also moving beyond backup diesel generators into projects that incorporate cleaner technologies while providing bidirectional value between business host and distribution utility.

The C&I market’s success rests on the shoulders of innovative business models, clear pathways to project development, and ongoing market interface success. Other segments have helped commercialize technologies and incubate novel and—for the most part—supportive regulatory reform explorations. It is the C&I microgrid market that will accelerate innovation, primarily in the financial and ongoing operations and maintenance realm. In other words, the C&I microgrid market will benefit from both technology and policy steps forward, but will adopt, then replicate, the most promising pathways to scale. In the process, this segment will accelerate growth in the overall microgrid market. 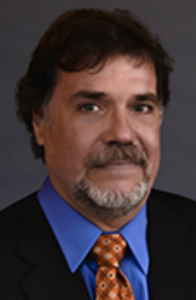 Peter Asmus is a principal research analyst contributing to Navigant Research’s Energy Technologies program, with a focus on emerging energy distribution networks models such as nanogrids, microgrids, and virtual power plants. His expertise also includes wind energy, marine hydrokinetic technologies, and renewables generally. Asmus has over 25 years of experience in energy and environmental markets, as an analyst, writer, book author, and consultant.

Asmus is the author of four books covering key energy market issues: Reaping the Wind, Introduction to Energy in California, Reinventing Electric Utilities, and In Search of Environmental Excellence. He is a frequent speaker at industry conferences and is quoted regularly in major publications, including The New York Times, The Washington Post, The Christian Science Monitor, and Reuters. Prior to joining Navigant Research, Asmus was president of Pathfinder Communications, and was previously editor of the Clean Power Journal, assistant editor of California Policy Choices, and has written for a number of energy trade publications, including Windpower Monthly and Electric Utility Week. He holds a BA in journalism from the University of Wisconsin.