Schneider Electric Unveils Hybrid Microgrid at its Boston One Campus 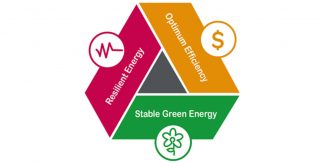 The business of designing, engineering, installing, operating and servicing microgrids is rising in prominence among the world’s largest multinational power engineering corporations, as well as driving the fortunes of niche-oriented startups and growing industry pioneers. With some 144,000 employees worldwide and 2016 annual revenue of €24.7 billion Schneider Electric numbers among the former.

The company is raising its microgrid market profile and presence in the U.S and Canada. with the April 6 unveiling of an advanced microgrid at its North American headquarters, the Boston One Campus (BOC) in Andover, Mass.

Estimated to produce more than 520,000 kilowatt-hours (kWh) of electrical energy per year, the microgrid can power the BOC during outages by disconnecting from the utility grid and operating in “island” mode. As a result, the BOC will serve as an safe shelter during emergencies.

Schneider Electric’s BOC microgrid will also help preserve the environment. The company projects the microgrid will reduce greenhouse gas (GHG) emissions the equivalent of those produced by more than 2,400 passenger vehicles per year. 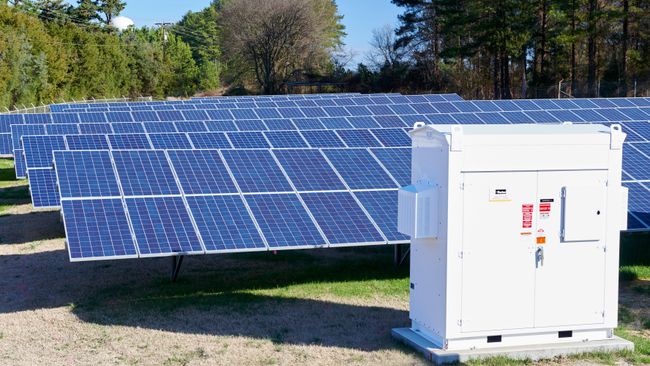 Functioning as the system’s nerve center, the Schneider Electric Energy Control Center integrates the corporate campus’s distributed energy resources (DER) into the microgrid, providing an unprecedented degree of insight into operating conditions and performance, as well as systems control and management capacity.

Added to this is Schneider Electric’s new EcoStruxure Microgrid Adviser, which connects the system to cloud-based software applications and analytics. The resulting combination of advanced controls and demand-side software is expected to significantly improve energy efficiency, as well as reliability and resilience. That includes gathering streams of data from weather forecasts and microgrid components, including the on-site PV solar array, battery-based energy storage, EV charging, building HVAC and natural gas generation.

Microgrid as a Service

The BOC microgrid is the first to be completed by REC Solar, Duke Energy and Schneider Electric. The three are also working together on a community microgrid project at the Montgomery County, Maryland, Public Safety Headquarters and Correctional Facility.

Owned and operated by Duke Energy, the BOC microgrid was funded via Schneider’s “Microgrid as a Service” (MaaS) business model, one that does not require any capital outlays on the customer’s, in this case Schneider’s own, part. 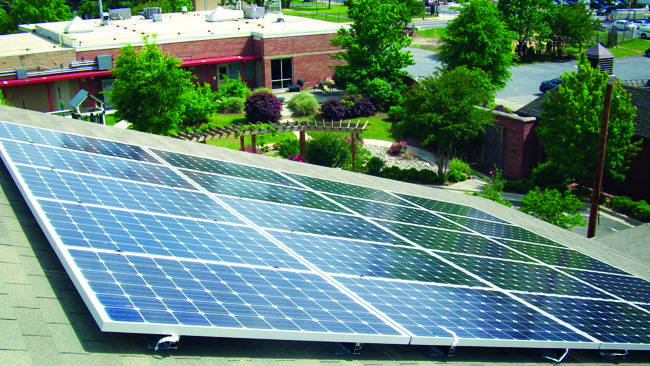 “The integration of an advanced microgrid at the Schneider Electric campus reduces its energy costs, incorporates more sustainable energy and delivers demand-side efficiency, while also offering resiliency to the facility in the event of a loss of power from the grid,” said Chris Fallon, VP of Duke Energy Renewables and Commercial Portfolio. “Additionally, in partnership with Schneider, we can research and develop new microgrid technologies, solutions and applications in a real-world environment.”

“As power generation models change, smaller scale solar and energy storage
installations are turning consumers into ‘prosumers,’ producing energy closer to where it is used,” Schneider points out. “The integration of an advanced microgrid at BOC helps Schneider Electric achieve new levels of demand-side efficiency while also offering power resiliency in the event of a loss of power from the local utility.

“With the growth in the availability of affordable renewable energy and other distributed energy resources, energy consumers are more empowered than ever to use microgrids to generate and manage their consumption through active involvement in the market,” he was quoted in a company news release.

“Schneider Electric used this model at BOC to build an advanced microgrid that reduces costs, incorporates more sustainable energy and takes control of its energy future. It will also be a living laboratory at our North American R&D hub, driving global innovation in energy storage and distributed energy resource management solutions.”