With the potential to provide access to emissions-free electricity for the nearly half of the American population unable to host a rooftop solar PV system, Community Solar is on the rise in the United States.  A variation on the theme of shared solar, White House support and new state energy regulations are paving the way forward.

Significantly, community solar gives utilities a stake in and path to expand into the commercial and residential segments of the U.S. solar market.  Congress’ recent five-year extension and stepped phasing out of the solar ITC affords strong support and should all but assure community solar growth in coming years.

There are a lot of moving parts when it comes to successfully developing community solar projects, not the least of which is developing an information and communications technology (ICT) platform that links community solar installations with local utilities and various types of subscribers. Microgrid Media spoke to market leader Clean Energy Collective (CEC) to gain greater insight as to the challenges, as well as rewards, that can be realized.

CEC has gone on to forge a market-leading position among the growing ranks of U.S. community solar developers since developing Colorado’s first community solar project in Carbondale, Colorado in 2010.

Colorado was the first state to enact legislation (in 2010) requiring utilities to interconnect to community solar power installations. Other states, including Maryland, Massachusetts, Minnesota and New York, have followed. In all, 15 state governments have enacted community solar legislation, according to Washington, D.C. law firm Ballard Spahr, and their ranks are growing. 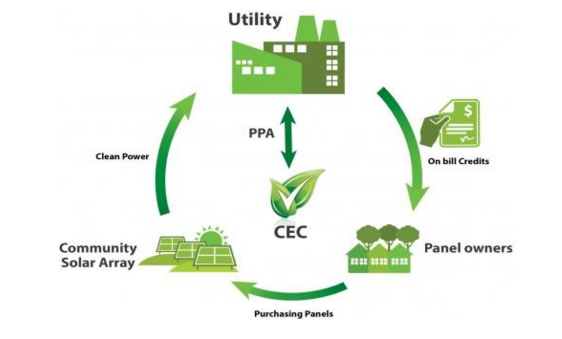 CEC founder and CEO Paul Spencer ¨had a vision of building a ‘net zero’ [emissions] community and Carbondale’s local council got behind it,¨ CEC spokesperson Tim Braun recounted in an interview. Working with a team of legal and tax experts, Spencer spent about a year and invested the capital necessary to develop a corporate structure and business model that CEC continues to develop and use today as it expands.

Leveraging its success in Colorado, CEC now operates 33 community solar installations in 11 states with a total of capacity of around 18 MWdc. All told, CEC has been involved as the developer of 102 projects that serve thousands of customers.

From an initial team of four, CEC’s workforce has grown to around 130. ¨It has been quite a ride,¨ Braun said. ¨Success in any indusry,¨ he added, ¨is based on scalability, ‘replicability’ and delivering value. That’s certainly true for community shared solar…We’ve been able to scale, replicate and deliver value to developers, utilities and homeowners. The White House’s recognition that the model has national appeal really helps verify what we’ve been developing for five years now.¨

An indication of a strategic shift, CEC in June launched the Community Solar Platform, a ¨white label¨ version of its RemoteMeter product for utilities. ¨In many cases, utilities are being pushed by their customers to provide community solar, so we’re offering utilities the option of owning the asset and launching programs by using CEC’s platform,¨ Braun explained. 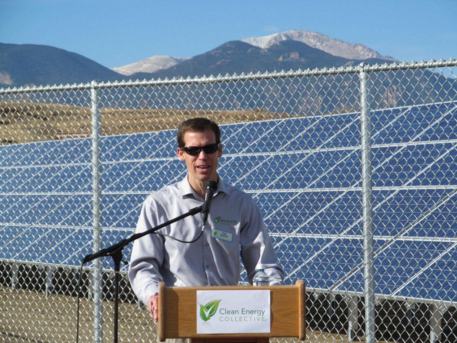 For its part, CEC believes it can continue to grow and thrive by earning software license fees, as well as participating in virtually all the transactions associated with operating community solar installations. ¨We’ll continue with ownership, but most of the growth going forward will flow from our software platform,¨ Braun elaborated.

At the end of the day, CEC believes its strategic shift will foster faster growth and deployments of what it calls ¨roofless solar.¨ The community solar platform allows for greater standardization of customer contracts and PPAs¨ between utilities and CEC, Braun continued.

The number of parties involved in operating community solar programs, optimizing and balancing the electricity produced at specific sites, integration with different utilities and complying with the patchwork of state and federal market regulations makes for a complex undertaking. ¨No doubt the IT team plays a key part of projects right from the start,¨ Braun commented.

The expertise CEC has acquired in developing community solar projects and programs has gone into its community solar platform, Braun explained. ¨It’s a very interesting and complex piece of software,¨ he said.

One key component is the ability to remotely monitor production of solar electricity from the level of individual PV panels on up to the entire installation. Among other things, this enables community solar customers to access their share of the electricity produced, as well as verify the credits utilities include in their monthly bills, using their smartphones or computers.

Integration with utilities’ billing systems is another key aspect of CEC’s platform, which ensures that the correct amount is credited to community solar customers´ bills. To date, CEC has worked with 21 utilities.

RemoteMeter’s functionality extends through to community solar customer acquisition. Installed as a component of a utility’s website, RemoteMeter provides interested local residents the information they need to decide if they want to participate in a community solar program, Braun explained.

By entering just a few pieces of information – e.g. their zip code and energy usage in kWh – RemoteMeter produces a proposal that includes customers’ energy needs and estimated savings.

The ease of and speed at which RemoteMeter assesses a customer’s prospects is a key attribute that differentiates CEC’s ¨roofless¨ community solar from rooftop installations, Braun pointed out, where an on-site analysis is conducted, an custom installation designed, reviewed and approved before physicall rooftop installation can begin.

In contrast, with CEC’s ¨roofless¨community solar, ¨the customer starts earning credits from the time they sign up. and their next utility will reflect the credits they’ve earned.¨