Innovative home solar start-ups continue to crop up and expand in regions of the developing world, making increasingly substantial impacts when it comes to reducing “energy poverty,” one of the top-line United Nations’ (UN) Sustainable Development Goals (SDGs), as well as helping reach national and international renewable energy and greenhouse gas (GHG) emissions reductions targets, such as those set out in the UN Paris Climate Accord.

A signatory to the UN Paris Climate Accord, India is well on its way toward achieving ambitious national solar and renewable energy goals. As of July 2016, India had installed 36.6 gigawatts (GW) of on-grid and 1.17 GW of off-grid renewable power capacity, according to a news report. In December 2016, the Indian government announced the nation would exceed the renewable energy targets set out in the UN climate agreement in late 2015 by nearly half, and three years ahead of schedule. 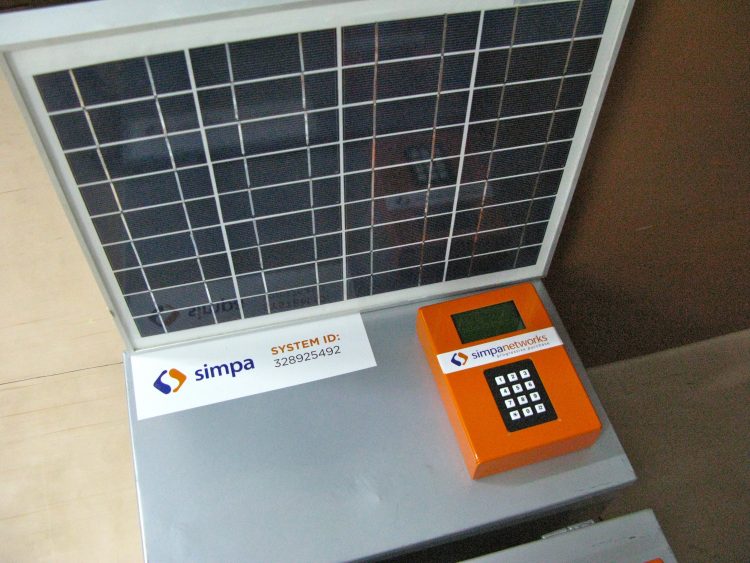 Achieving universal sustainable energy access is one of the UN community of nations 17 strategic Sustainable Development Goals. Last October, the Abu Dhabi-based International Renewable Energy Agency (IRENA) estimated the cost and availability of off-grid solar and renewable energy solutions had reached a point where they could provide access to electricity to some 670 million people around the world — 60 percent of those who currently lack it.

Powering the entire system is an 80-Watt solar photovoltaic (PV) panel, which is properly mounted and installed on customers’ roofs by a Simpa-trained solar technician. As management highlights:

“Simpa is pioneering the use of SmartPanel technology, which enables remote monitoring and control of the solar panel itself. Customers prepay for energy service, typically 30 days in advance. The SmartPanel delivers power every day until the prepaid credits expire. Then the customer must recharge or prepay for the next month’s service.”

All told, Simpa’s Magic TV off-grid home PAYG solar energy package costs INR25,000 – about US$360. That would make it unaffordable for most of the rural community residents and businesses Simpa serves, management notes. 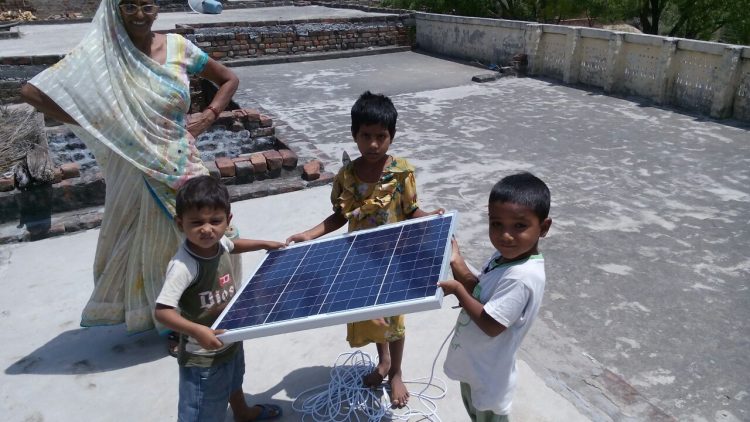 Simpa, along with its mobile PAYG peers, surmounts that hurdle by offering customers financing options at the point of sale. Leveraging the widespread availability and popularity of mobile phones and mobile payments services, Simpa offers prospective customers the options of paying to own Magic TV-PAYG off-grid home solar energy systems over the course of 12, 24 or 36 months.

“We see a tremendous opportunity in rural areas where demand for energy is growing even faster than supply. Our strategy is completely aligned with the Government of India’s priorities for 24/7 power for all,” Simpa Network CEO Piyush Mathur said.

“Rooftop solar has a role to play in both off-grid and on-grid areas. In many cases it’s the fastest and least expensive way to get power into the homes and businesses in rural areas. Having demonstrated the commercial sustainability of the model, we now plan to take Magic TV and our other offerings to districts across UP, Bihar, Orissa, Jharkhand, West Bengal and Assam.”

Simpa’s Magic TV is the latest in a lengthening series of innovative steps mobile pay-go solar providers are taking as they seek to grow their businesses and give off-grid solar customers a leg up the “energy ladder.” Simpa’s industry peers, a roster that includes Azuri Technologies, d.light and Lumos Global, are doing the same in Sub-Saharan Africa and other parts of the world.

A Leg Up the Sustainable Energy, Economy Ladders

Backed and promoted by leading international development agencies, such as USAID and the US Africa Development Foundation (USADF), leading mobile pay-go solar providers more recently have been attracting substantial amounts of capital from socially and environmentally minded investment groups and leading multinational corporations.

Just this past week, Jaguar Land Rover, in collaboration with sustainability specialist ClimateCare, launched “Lighting Up Lives,” an initiative that aims to bring safe and clean lighting to as many as 1.2 million off-grid East Africans.