Brooklyn, New York-based LO3 Energy is on something of a roll as it seeks to leverage a pilot installation of its Blockchain-based, peer-to-peer (P2P) distributed energy trading platform by striking up partnerships overseas.

In addition to winning the ¨Best in Show¨ award at E.ON Supplier Innovation Day and the EPIC Energy Productivity Innovation award, the pioneering startup on Nov. 21 announced that it had struck up a partnership with Siemens that’s expected to result in LO3’s Ethereum Blockchain-based transaction and database management system being incorporated into Siemens microgrid controller software platform. 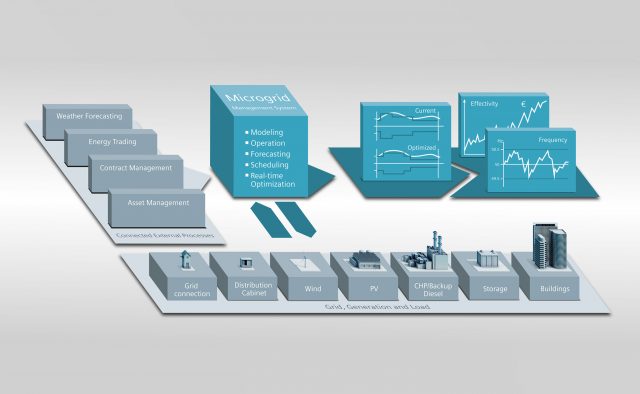 According to Satow, one of the goals of the Siemens-LO3 Energy partnership ¨will be to demonstrate how these two platforms can be integrated to communicate with each other and enable not only real-time analysis of distributed power generation and current load data, but demonstrate the ability to trade between a variety of consumers and producers.¨

“In the world of finance, blockchain technology is rapidly advancing across many sectors, but in the energy market, things are comparatively different,¨ LO3 stated. ¨With our microgrid solution in Brooklyn, we’ll demonstrate just the beginning of what blockchain can do in the transactive energy world.”

“To see so many CEOs of major companies in Europe enthused by what we are doing was encouraging – and to have Siemens connect with it so quickly and commit to work with us takes us to the next level,” LO3 Energy founder and CEO Lawrence Orsini said in a press statement.

“In recent weeks, we have taken a significant acceleration towards our goal of putting energy usage into the hands of consumers. The Brooklyn Microgrid has proven the concept and now global operators have seen what it can do – and how it can truly disrupt the current status quo we have with energy suppliers.

LO3 on Nov. 3 announced it is bringing the company’s Transactive Grid online platform to Australia. From its new base in Byron Bay, NSW, LO3 ¨will set up consumer friendly energy platforms with secure transactions, smart meters and peer to peer payment capabilities,¨ according to the press release. In addition, management is having talks with unnamed, ¨major¨ Australian energy market participants aimed at establishing partnerships that would see demo projects being built beginning in 2017.

Incorporating Blockchain in a microgrid control system would enhance the cybersecurity of financial transactions conducted over distributed energy trading systems, David A. Cohen, COO of ZipPower and a Member Emeritus of the GridWise Architecture Council, told Microgrid Media.

¨More importantly, it would allow energy service providers to implement permission-based energy markets from ‘prosumers’ under agreed upon contracts. The lack of energy markets for physical trading among microgrid or nanogrid participants has been one of the biggest limitations to scaling nanogrid markets.¨ 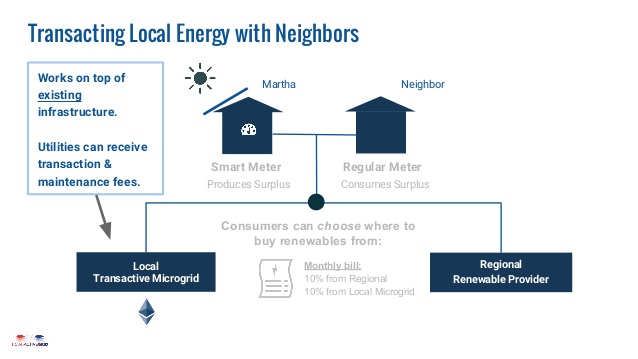 Cohen sees use of P2P and other forms of distributed energy trading plaforms as particularly well-suited in areas where decentralized solar-energy storage installations are growing fast. ¨I believe that this is the future of microgrid trading platforms in combination with advanced microgrid control systems that incorporate very fast controls synchronized with the grid.¨

For its part, ZipPower is planning to roll out ‘Peer-to-Peer Energy Sharing´ as part of its SuperCluster Smart Cities projects in San Francisco,¨ and has plans to deploy microgrids with its Community System 2.0 software platform, Cohen noted.

All that said, regulators are likely to play an increasingly active role in distributed energy trading as installations grow. ¨I expect there may be some major regulatory oversight given that it will be interpreted as potentially breaking the existing monopolies on how energy is bought and sold as well as bring up issues surrounding consumers and fair and equitable impacts,¨ Cohen commented.

Furthermore, GridWise Architecture Council has been promoting ¨Transactive Energy¨ for quite some time, Cohen noted. ¨I would also expect that ongoing technology and market development would be subject to developing standards in the smart grid and cybersecurity domains over time.¨