Political debates revolving around solar energy continue to spark and ignite fierce debates across the U.S., highlighting the high degree of flux in state power markets and industry.

Home, property and business owners continue to install solar PV systems at record-setting pace,  becoming energy ¨prosumers¨ – producing as well as consuming electricity. Yet even as they become more involved and invest more in the residential and commercial/industrial segments of the solar energy market, utilities continue to pour money into public relations campaigns and political lobbying to oppose local, grass-roots efforts that could result in policy and regulatory reforms that would open the market to competitors.

Solar energy has been growing fast in Nevada, for example, the continental U.S. state that receives more solar radiation than any other. Urged on by the state’s largest investor-owned utility, utility commissioners recently pulled the rug out from under home and property owners that had installed solar PV systems. 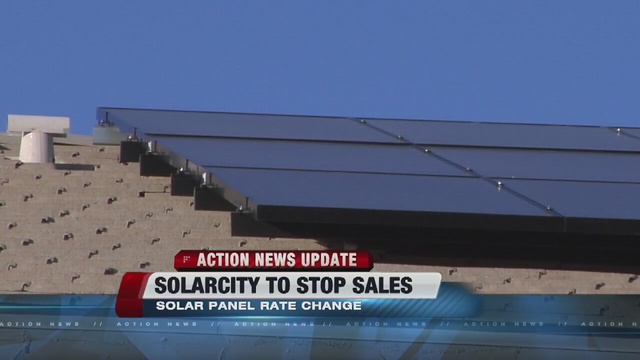 Nevada PUC commissioners recently approved an NV Energy proposal that increases residential solar energy to a point that effectively taxes home solar out of the state’s energy market. Moreover, the new fee schedule is to be applied retroactively, which pulls the rug out from under Nevadans that have already had home PV systems installed.

That led SolarCity, the U.S.’ leading PV installation and financing company, to shut its doors and discontinue its  business in the state, a move that included laying off more than 550 employees. Ironically, Nevada is also the state where Tesla – SolarCity’s parent company – is building its mammoth lithium-ion Gigafactory.

The ¨Sunshine State,¨ Florida is another residential and commercial solar political ¨battleground.¨ Floridians for Solar Choice was a pro-solar petition to state legislators organized by local solar energy installation business owners and supporters.

Floridians for Solar Choice was met with fierce opposition from the state’s utilities, which launched Consumers for Smart Solar, a second, competing petition and PR campaign that was promoted to citizens as being pro-solar. It wasn’t, which led to confusion, consternation and assertions of foul play on the part of the initial petition’s organizers.

Becky Van Horn of Hollywood, Fla. told the Miami Herald that ¨she ‘was duped’ into signing a utility-backed Consumers for Smart Solar petition by being told it would make it easier for people to switch to solar power in Florida.¨ Donna Redish of Tampa said ¨she ‘was scammed’ into signing the same petition because it was described as the ‘revised, updated version’ of the competing Floridians for Solar Choice initiative she had already signed,¨ Miami Herald’s Mary Ellen Klas reported.

On the Solar Energy Front Line in Florida

Steve Rutherford founded solar power and water heater installer Tampa Energy Solutions (TES) following 22 years of military service. A Naval Academy graduate and former SEAL Commander, Rutherford’s experience regarding the consequences of U.S. and global fossil fuel dependence runs deep. He has served on, in front of and behind the front lines during a military career that included extended periods of deployment in the Middle East, the Horn of Africa and farther afield. 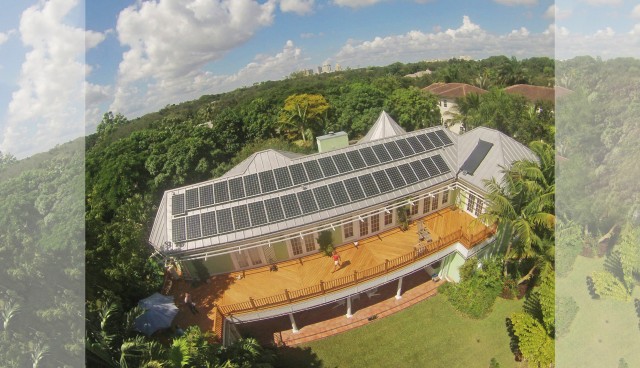 Solar energy piqued Rutherford’s interest in the wake of earning two master’s degrees from the Navy’s postgraduate school while on active duty: one in physics and a second in natural resources that focused on on national strategies and security. In short order, solar energy became a passion, he explained in an interview.

¨The U.S. and other nations have gone to war on issues related to energy. I began to see solar as a means of solving a lot of world problems, as well as achieving energy independence for Americans and people around the world,¨ he recounted.

Starting his own solar energy installation company in Tampa in 2011, more than half TES’ 10-strong workforce is made up of vets. Most TES’ employees are trained in-house, starting out as apprentices.

The unwillingness of Florida’s state legislators to break the monopoly regulatory structure by opening the market to independent power producers and instituting residential solar incentives continues to serve as the main obstacle constraining solar energy growth in the state, Rutherford noted.

¨One would think that like California and Hawaii, we would be experiencing similar growth. However, that isn’t the case, primarily because of state restrictions and monopoly control of the market.¨

Now generating around $300,000 in annual revenue, TES is doing well, but it could be doing much better, he continued. ¨Yes, we are growing, but only because certain early adopters decided solar is a good investment. As far as the mass market, it’s not even a drop in the bucket.¨

TES installed a residential solar system for its 422nd customer recently. ¨That’s in a county with well over 1 million. We’re not even scratching the surface. I could have a 50-man company if market reforms were enacted.¨

How Distributed Microgrids Limit The Need For Spinning Reserves