Renova Power Networks and CleanSpark on January 5 announced a partnership to hasten development and deployment of renewable energy microgrids worldwide.

Denver-based Renova has created a new dedicated subsidiary, Renova Energy Management, to work jointly with CleanSpark to develop ¨best in class¨ renewable energy microgrids that cost-effectively reduce carbon emissions while at the same time enhancing energy security and independence, the partners highlight in a press release.

The geographic range of projects the partners are already working on highlights microgrid growth prospects and business opportunities across industrially developed and developing countries. These include projects in Canada and the U.S. (California and New York), as well as the Caribbean, Central America and South Africa.

The partners are persuasive in their assertion that barriers and limitations for renewable energy microgrids are being shattered.  CleanSpark CEO Michael Firenze says 2016 will serve as the tipping point for the transition to clean, distributed energy.

From DOD to NGO
Read about CleanSpark’s latest partnership to bring clean energy to developing nations.

The global market for microgrid technology is expected to grow fast in coming years – some 300 percent over the next five, according to one forecast, Renova points out. Over the period market revenues are expected to increase from $225 million this year to $1 billion in 2020. Together, Renova Energy Management and CleanSpark expect to ride and add momentum to the trend.

As a vertically integrated company, CleanSpark  believes it can compete against multinational industrial giants like GE and ABB.  CEO Michael Firenze says their project at Camp Pendleton proves they can save clients money almost anywhere.  Camp Pendleton does not pay demand charges, so he points out the financial case is even better for commercial clients. Remarkably, the payback can be in the range of five years, an impressive business proposition with proper financing.

Renova has come to specialize in developing innovative means of financing distributed renewable energy projects. The company points out that power grids are typically just 10-25 percent efficient, designs and technology are outdated, aging and vulnerable to failure or attack. For Renova, that spells out an opportunity to serve society as well as grow a business based on bringing together the best and latest in renewable energy generation and energy storage and control technologies.

According to management, CleanSpark’s software and control technology boosts power grid efficiency substantially, reduces operating expenses and eliminates the need for up to 40 percent of central power generation and more over time. Furthermore, it extends the life of transmission infrastructure and enables utilities to more rapidly integrate renewable power generation capacity and effectively manage the variable or intermittent flow of electricity that results. That, in turn, drives down carbon emissions. 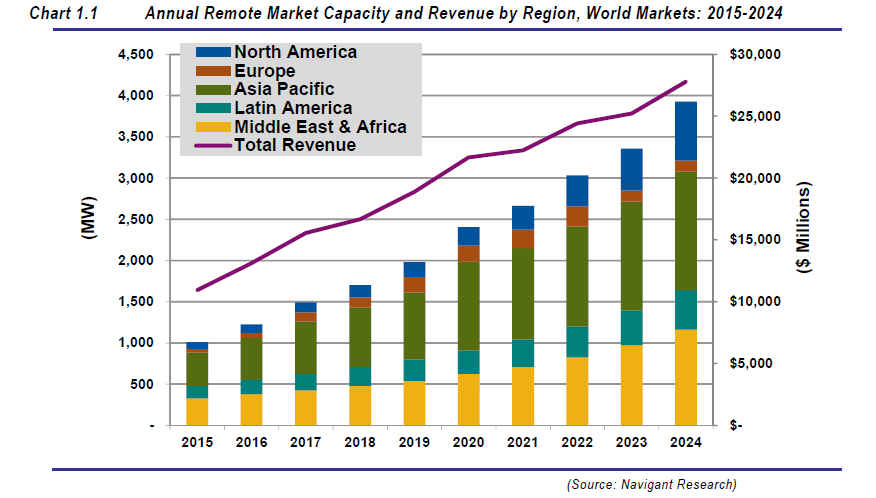 For its part, San Diego-based CleanSpark sees vital benefits resulting from the partnership, particularly regarding opportunities to further develop, refine and scale up FractalGrid, a platform that aggregates, stores and manages flows of electricity from distributed renewable energy resources for use across both macro and microgrids.

Management touts that by using FractalGrid CleanSpark can cut the cost of electricity by at least 10 percent and enhance energy security while making use of emissions-free renewable energy generation assets.

Renewable Microgrids Are The Way Forward for Canada’s Remote Communities