The Solarize campaigns leverage the combined purchasing power of communities that would like to install solar PV systems. Advantages include streamlined PV contracting, power purchasing processes and discounted pricing that wind up lowering acquisition and consumer costs, the Governor’s office highlights. 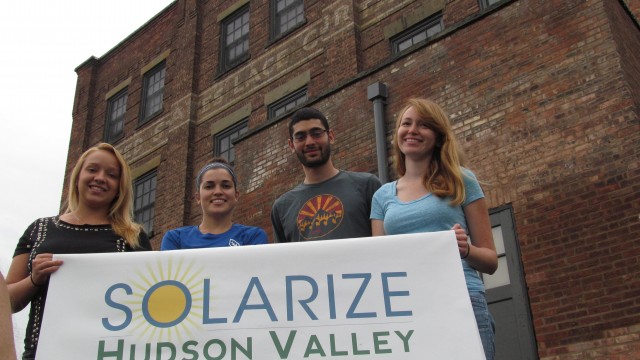 The Solarize community solar projects are managed by broad partnerships between local municipalities, planning organizations, sustainability groups, state legislators and business groups. Economically speaking, the $365,000 in technical and marketing support from the NY State Energy Research and Development Authority (NYSERDA) has put into Solarize campaigns is yielding high returns for participants, NY State and beyond, the Governor’s office continues. To date, Solarize campaign participants saved some $1.4 million on the upfront costs of acquiring community solar energy systems, an average of $1,590 per residential or business project.

“Governor Cuomo’s NY-Sun program has led to unprecedented solar growth across the State, providing locally produced, affordable energy to residents and business. Solarize campaigns create opportunities for community members to work together to reduce our reliance on fossil fuels and better protect our environment,” NYSERDA president and CEO John B. Rhodes commented.

Twelve municipalities, 18 non-profit organizations and a private solar project developer are set to lead the next round of Solarize projects, which are due to commence this spring.

Some projects will participate in NY-Sun’s Affordable Solar program, which Gov. Cuomo announced this past fall. The initiative doubles NY-Sun incentives for households that earn less than 80% of area or state median income. Another 13 applications are for Shared Renewables campaigns, which enable renters and others that are not able to have solar PV systems installed take advantage of the benefits distributed solar energy infrastructure affords.

New York’s solar energy industry has grown rapidly to become the fourth largest in the nation, the Governor’s office points out. Installed solar power capacity has increased 575% and the number of New Yorkers with solar jobs has grown to 8,250, an increase of more than 3,000 from 2012-2015, thanks in large part to the institutional framework put into effect during Gov. Cuomo’s tenure. An additional 1,000 new solar jobs are expected to be created as projects in the state’s pipeline are realized.

The increased efforts make community solar gardens, along with community microgrids, the preferred tools for NYSERDA in achieving its energy vision.  It is likely only a matter of time until the two are combined.

Solarize Campaign Results by Region (Round 1)