El Hierro – The leading example for renewable integration on islands?

The project entirely was built with grant money. 35 million EUR to be precise out of the 64.7 million EUR total budget. There was no valid business case for the project itself. This means that the project cannot be replicated, without a similar amount of grant money to other islands. It also means that this is proof for all people that do not believe in renewables, that projects are not viable economically. Which simply is not true, but yet this project validates their point. I also find this extremely unsatisfying. Especially islands with their extreme dependence on fossil fuel imports and thus extremely high cost of generation would be the ideal candidates to proof that renewables are the economically more attractive option. Also, amortization times are considered like shown below – a case, which I believe hardly any investor would like to invest: 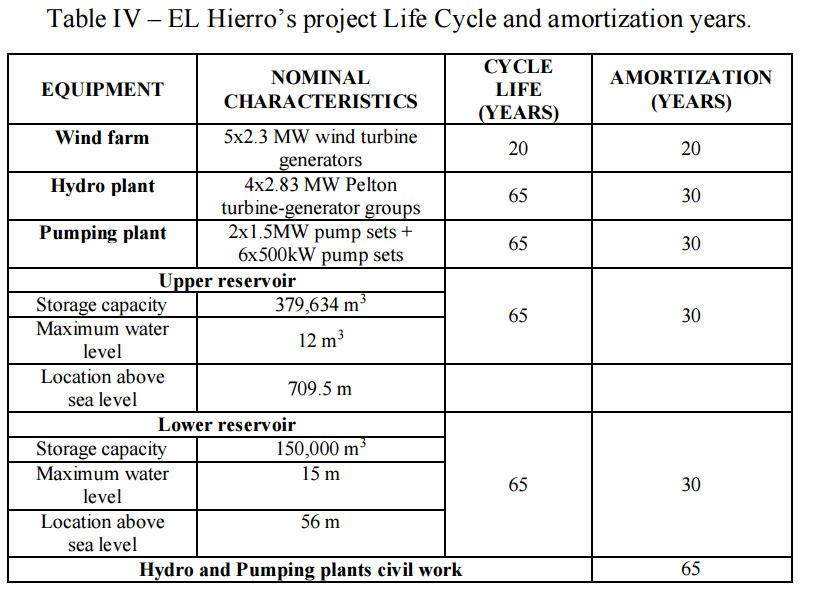 Also the actual cost per MW for the project is tremendously high, even for a remote location, with 5,600 EUR/MW.

The project was initiated with the “El Hierro sustainability plan” on 27th of November 1997, achieving final project approval on 17th of June 2002. Only on 20th of March 2007 funds were approved. It was commissioned on June 27th of 2014. That is 17 years. 17 years, in which the island still was relying entirely on heavy fuel oil as the prime power source. A step by step approach, which would have ended in fast construction of e.g. the wind farm would have led to savings of fuel for at least 10-15 years of that period. Even though the wind farm may have been smaller, obviously this approach would have been favorable. Also a solar installation of 1MW could have been easily installed within 6 months (although I have to admit, that for the island most likely solar is not as attractive as wind).

The use of technologies is, let’s say, very conservative. A wind farm, a pumped hydro power station and the existing HFO plant are integrated through a control system. But not a state-of-the-art control system, taking into account minute by minute renewable sources forecasting and real time energy management based on dynamic parameters. It rather is operating based on a fixed schedule of the various resources, entered manually. Also there is no short time energy storage included based on either flywheels or Lithium-ion technology, that would allow to take over grid forming and allow switching off all HFO generators.

The island, and all involved parties, claimed to achieve 100% renewable energy penetration (measured, leading to up to 80% renewable energy share. However, it failed, with first results only show a daily contribution of 25% (27th of August 2014, source 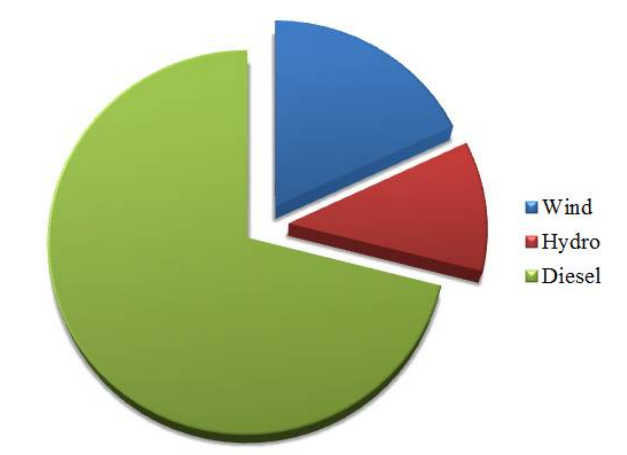 If your goal is 100%, and you reach 25%, but actually spend much more than a regular, non-demonstration project would have cost, I would consider this a massive fail. (If you are interested to see more operational performance data, have a look here for September and here for October data.)

Interestingly enough, there are other, better examples on how to include renewables into islanded power systems. Based on real investment decisions, achieving high penetration levels and thus fuel savings, that are implemented in reasonable time frames. Kodiak Island is one of them, which followed a phased approach, adding more renewable source and auxiliary technology step by step, ensuring short paybacks and immediate savings. And if you look out, there are many islands, achieving high penetrations of renewables, without grant money. Not only this, but some of these projects had been implemented a long time ago, and El Hierro could have learned from these projects, but the involved parties chose to re-invent the wheel.

Adam Hammond asked in this article “Will the Real PV Industry Leaders Please Stand Up”. And I could not agree more. Everyone active in this market, should re-consider use of grants for projects that are viable. Using these grants (and in the worst case still underperforming with the project) will not help the renewable energy industry. It will be another proof for all the skeptics, that renewables are not competitive.

Something that I believe none of the players in the market actually want to achieve. So my request is to think long term and neglect grant opportunities, focus on real viable projects, and make sure these perform well. This way, the whole industry benefits, and not only your firm and not only just for one project.