Media reports of notable new developments and community solar deployments are on the rise in the wake of the White House National Community Solar Summit, following an announcement by the Obama administration that 68 cities, states and businesses would collaborate to accelerate deployments by focusing on scaling up installations for low- and moderate-income households.

Community Solar and Renewable Microgrid To Rise Together

In January 2014, then Governor Deval Patrick launched a $40 million program to fund microgrids and other projects that enhance the resiliency of the state’s power grid infrastructure and supplies to extreme weather and other effects of a warming climate.

Cities, towns and communities in New York, Massachusetts and other states are also moving forward with local community solar programs and projects. On February 2, a committee assigned with producing a comprehensive study of the costs and benefits of solar power from environmental, financial and technical perspectives presented their results to the Saratoga Springs City Council.

Among others, Saratoga Spring’s Solar Committee recommended the city council pursue community solar projects as a means of promoting growth of clean energy installations and use among residents who for one reason or another are unable to have PV systems installed.

Utilities are also increasingly active in the community solar market space. Tacoma Power on February 4 announced it has begun offering customers shares in its community solar project. Currently under construction, Tacoma Power is installing four, 75-kW solar PV arrays on the roof of its warehouse.

New Jersey’s Public Service Electric & Gas (PSE&G) on February 4 announced its L&D Solar Farm is online. With a rated capacity of 12.93-MW, the L&D Solar Farm has been built to serve as a community solar microgrid for the towns of Easthampton, Lumberton and Mount Holly.

PSE&G’s community solar microgrid is particularly notable in that it has been built on 53 acres on a landfill owned by Waste Management. That makes it one of the largest landfill solar power projects in the U.S. The utility owns and operates the farm as part of its Solar 4 All program. 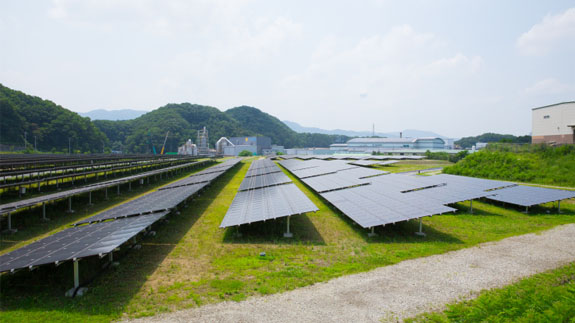 Community solar and microgrid projects and installations are growing in other countries as well. A 5-MW project in the U.K. borough of Swindon highlights ongoing efforts to find new ways of financing projects.

Subject to final approval by the Swindon Borough Council, residents may soon be able to contribute to financing construction of the Swindon Community Solar Farm by buying the first community solar bonds to be issued in the U.K. If approved and sold out, the Council Solar Bonds would contribute GBP 1.8 million ($2.6 million) of the total community solar project’s 4.8 million British pound ($6.96 million) construction costs.

By making use of clean, renewable energy resources, these and other community solar and renewable microgrid projects are key elements of local, state, national and international efforts to mitigate and adapt to climate warming and spur sustainable economic growth and development. Swindon’s Borough Council, for example, has set a goal of producing 200-MW of renewable energy by 2020.