The market for microgrids – grid-connected, off-grid or hybrid – will expand at a 10.9% compound annual growth rate (CAGR) to an estimated $34.94 billion from 2016-2022, according to new market research from Markets and Markets.

Ongoing cost declines in renewable energy technology – solar PV cells in particular – and battery-based energy storage, along with supportive energy policy reform aimed at reducing greenhouse gas (GHG) emissions will continue to support growth, Markets and Markets highlights in a press release. The biggest growth opportunity lies in the use of microgrids in rural electrification projects in Africa and the Asia-Pacific region.

Microgrid installations and planned projects are on the rise in developed, developing and lesser developed countries, the market research provider notes. For example, governments across the APAC region, including Australia, China, Japan and South Korea, have launched solar and/or renewable energy incentives and GHG reduction programs in order to meet commitments made in the historic U.N. Framework Convention on Climate Change (UNFCCC) accord reached in Paris this past December. 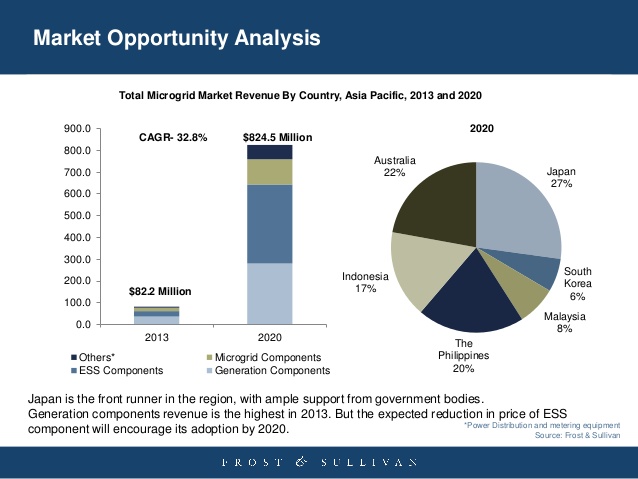 This echoes findings from Navigant Research, which recently forecast the market for remote microgrids and building/facility nanogrids will increase nearly 20-fold over the next decade to reach some $196.5 billion. More broadly, Navigant forecast worldwide microgrid vendor revenues will increase from $4.3 billion in 2013 to nearly $20 billion in 2020. 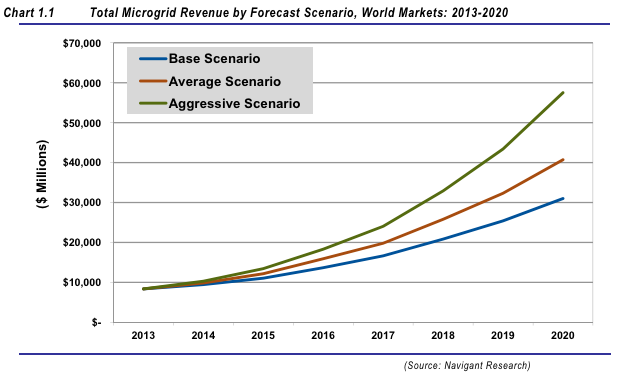 Rural electrification projects in developing countries with large populations, such as India and many in Africa, will be a major factor driving growth in residential and commercial microgrid installations, Markets and Markets continues. The village of Dharnal in India’s rural northeastern Bihar province became the first to rely on renewable energy resources to meet 100% of its energy needs with the installation of a solar microgrid in July 2014, the market research company highlights.

Regionally, more microgrids had been installed across the Americas than any other in 2015. Going forward, Markets and Markets expects the Asia-Pacific microgrid market will grow fastest from 2016-2022.