France’s Saft on January 25 announced it delivered its advanced lithium-ion (Li-ion) battery-based energy storage system (ESS). Combined with the PV array, the PV power plant will collect and store solar energy during the day and dispatch it at night to illuminate the entire park, as well as provide Wi-Fi access day and night.

The Haitian government’s Energy Bureau and World Bank were involved in financing the Triumphe project, a renewable energy project with symbolic, as well as practical, significance in light of Haiti’s ongoing efforts to recover from the 2010 earthquake that leveled a large swathe of the capital and surrounding area, affecting an estimated 3 million people.

Local clean power facilities such as Triumphe are also viewed as a sustainable means of addressing persistent poverty and lack of basic public services, including access to clean energy, water and supporting socioeconomic development tools, such as wireless Internet access.

“We are extremely pleased to work with Saft to provide a critical service to the city of Port-au-Prince and the Haïtian people,” Geninov’s COO Yves Marthone was quoted as saying. “Renewable energy technology is one of the most important areas of development for small power networks in remote locations, and we are confident that this project will have an immediate positive impact.”

Geninov has also led similar sustainable renewable energy projects in Haiti, including installation of a solar energy system for the Haitian/Canadian Red Cross offices in the Nippes region. Geninoov also supplied, installed and commissioned solar energy and hybrid power systems in 16 offices and schools in other regions of Haiti for the Ministry of Agriculture, Natural Resources and Rural Development (MARNDR) financed jointly by the World Bank and the Inter-American Development Bank (IADB).

A Template for Caribbean Solar-Storage Applications 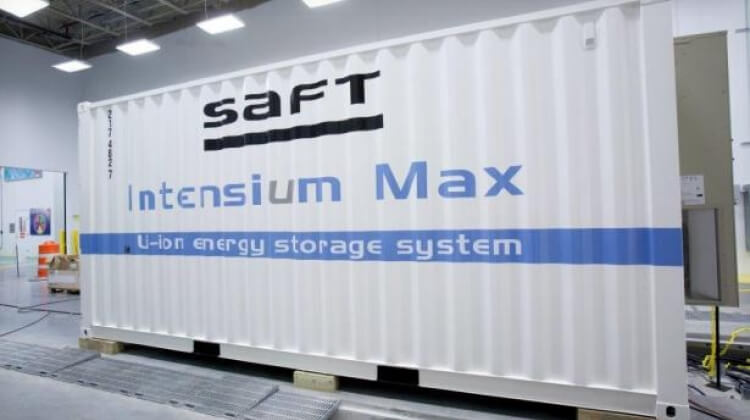 Triumphe is to serve as a template for installation of self-sufficient solar energy-fueled emissions-free power installations in Haiti and across the Caribbean region, the project parties highlight.

Caribbean nations’ dependence on imported diesel and other fossil fuels to produce electricity has become increasingly clear, and costly. That has led government leaders and communities to search for less polluting, sustainable alternatives that can also provide energy access to communities that lack grid access.

“Saft is recognized as a leader in providing specialized energy storage solutions for power networks such as those found in island locations around the world,” commented Glen Bowling, Saft SVP of Transportation, Telecom & Grid sales. “The Triumphe project is a further innovative collaboration that will likely lead to similar other installations in the Caribbean and beyond.”